Accredited in accordance with NEHA

Radon is a gas that ins constantly being creased from the decay of naturally occurring uranium and radium in the soil. Radon that is creased in the soil can find its way to the surface and either disperse into the atmosphere or find its way into your home. Radon can use that pathways between individual particles of dirt or it can be use cracks and crevices in the soil and foundation of your home. Piping trenches and drainage systems that were installed during your home’s construction can also be a potential pathway for the entry of radon into your home.

To make matters worse, your home creates a vacuum on the soil beneath it and virtually sucks the radon and other gases out from the soil and into your home. By installing a radon air mitigation system, the radon coming into the basement will be blown into the atmosphere using a fan and piping system similar to the one shown below. These systems act as an exchange system and take in clean air while removing air laden with radon. 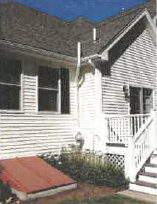 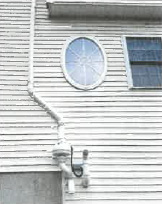 Piping extends from the basement or lowest level of your home to the exterior wall. From there piping travels up the side of your home to above the roof line where the radon will be safely released into the atmosphere.

Call us today for a free estimate